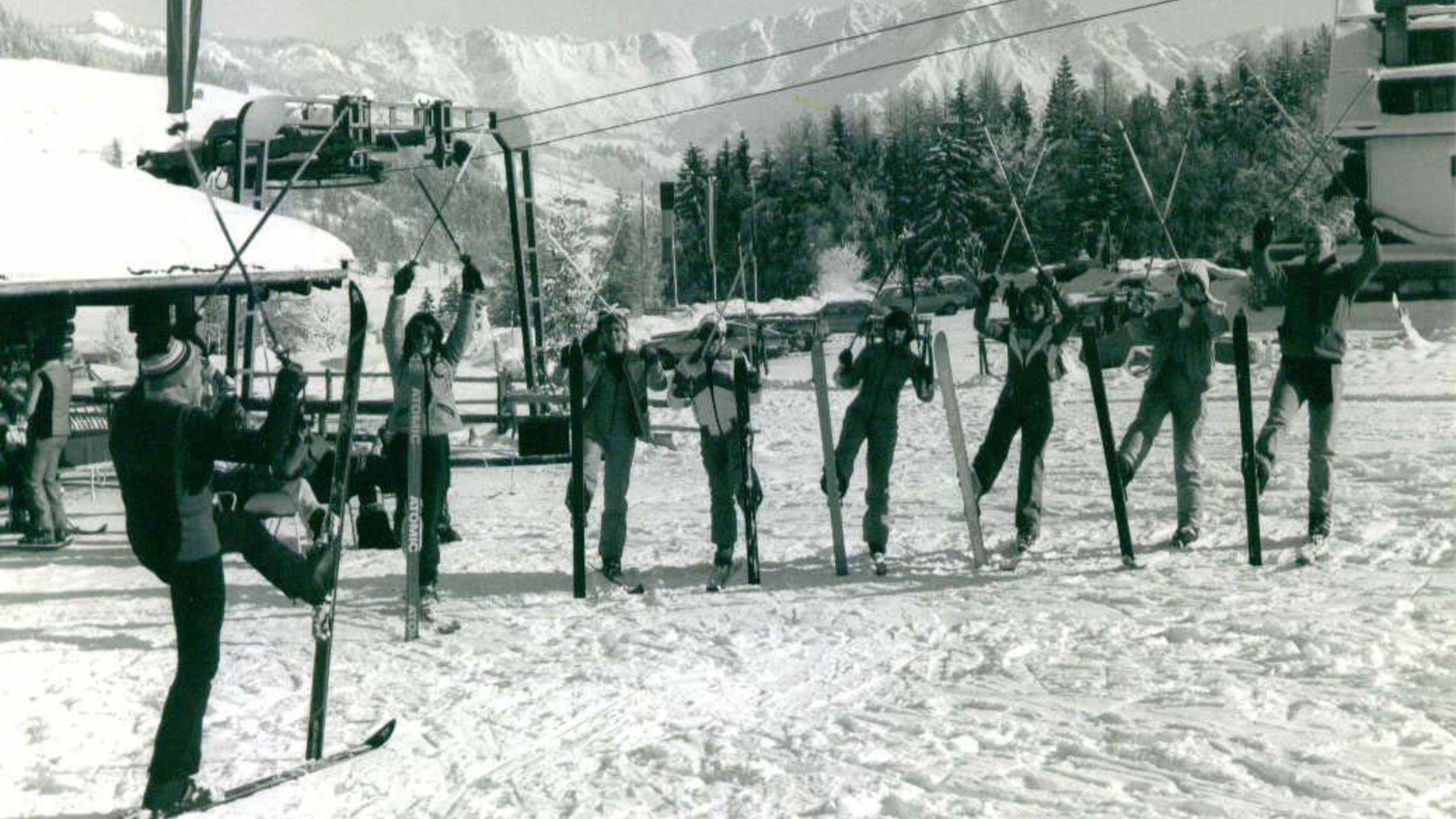 Never lost sight of the dream
Founder Sepp Altenberger senior discovered his passion for skiing at an early age. During the 2nd world war Sepp came to Finland and was employed at the Russian border in the trench warfare against Russia. In northern winter, the skis were an important tool: on the one hand for patrols and on the other hand as sports equipment. After his return Sepp Altenberger expected the ski instructor profession as a good extra income and began already in the winter of 1946 with the training for national instructors and with the first ski lessons. The next target was the certificate of "State ski instructors", which enables you to run your own ski school after 3 years of experience. The practical part of the training took place in the Federal Sports School St. Christoph am Arlberg with Professor Stefan Kruckenhauser who invented the modern Austrian ski technique. This technique becomes well known because of the “Wedeln”. The training for the “certified ski instructor” in 1950 and the training in all ski school lessons took place after the "Austrian ski curriculum".

Leogangs first ski school
On the 20th of November 1952 Sepp Altenberger finally received the official approval of the Salzburg Provincial Government for implementing its own ski school and establishesd "Leogangs first ski school" in the same year. The area around the Asitz was finally eapped in 1973 by a ski lift. Leogang was now finally established as a winter sports area and the demand for ski lessons has increased steadily. Now instructor Sepp Altenberger was in great demand.

In addition to the ski instructor-job Sepp was present in numerous races in Salzburg and Tyrol, and gathered an impressive trophy collection in which can be seen in the ski museum of the “Alte Schmiede” on the Asitz and in the hotel lobby of the hotel "Der Krallerhof".

Skiing around the Asitz
After his apprenticeship as a “State ski instructor” Sepp held ski lessons from 1947 onwards in Bad Leogang and learned famous guests how to ski. Bad Leogang also called "Badhaus", is an old spa with an iron and aluminum-containing mineral spring. It became famous from 1937 to 1958 under the owner Baron Theobald Seyffertitz. From this time on, the village was also known for skiing. Below the Schrattenegg-farm the first ski lift in Leogang was built in 1952. It was a very simple self-construction, but with a length of 300 m for its time a sensation. Apart from the cable cars in Zell am See to the Schmittenhöhe and in Kitzbühel on the Hahnenkamm, there were no other lifts in this area. For Sepp Altenberger the years as ski instructor in Bad Leogang were an important first opportunity to earn money. He had well known clients from the so-called “high society”, that became his guests many years later in his own hotel.

An "excellent" story
Meanwhile the Ski & Snowboard School "Skiszene Altenberger" can look back on over 60 years of professional ski- and snowboard history. The ski school won the national champion title already twice and is one of the top 5 ski schools in Austria.